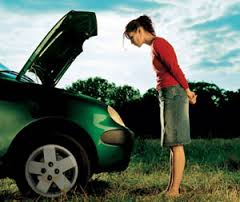 All the results are in on last year’s giving, if you are like most charities in the United States you saw an increase in giving.  Many are reporting significant 4th quarter boost by donors who gave $1,000 or more.

Everything is good, right?  Well, maybe…

I encourage non-profits even after a great year to drill down on the data this time of year.  Take the time to find out what is really happening with your donor giving.  It truly is time to check under the hood of your fundraising engine.

The fact is a big check can hide a multitude of problems.  In each of these cases the charity thought they are seeing real, measurable growth with predictable, repeatable results.  However, nothing could be further from the truth.  Each of these organizations had to put immediate plans in place to slow attrition among major donors, upgrade giving from former capital campaign givers and calibrate budgets based upon removing estate donations.

Making adjustments like this on your fundraising engine is going to be anything but easy. You are going to bang your knuckles more than once as you ratchet up solutions to these challenges.  Yet, trust me when I tell you that fine tuning your engine this time of year will provide you long term financial impact and results in 2016 that are measurable, predictable and repeatable each and every year.